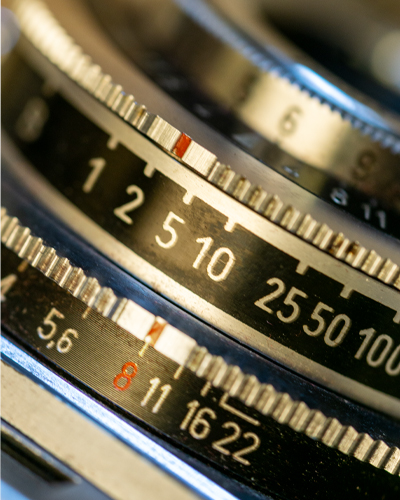 A connection with Moment expression Photography

F8 and Be There, “You missed the moment” is one phrase that haunts photographers and makes them question their life and skills. Capturing a moment involves more than just pointing the camera at a setting and snapping the shutter button. Everyone with a camera in their hands wishes they catch an event that is brief and unprepared.

Shooting an image that represents the essence of the event itself isolates an adept photographer from an amazing one and a fine photograph from a timeless, top-notch piece of art.

Before the dawn of digital means to photograph a moment, capturing the moment on the spot was a thing(in fact, it was THE ONLY THING) in the realm of photography. People used to dub it ‘Street photography.’

The time between observing, composing, and shooting must occur with foresight and instinct

An unusual expression of that time

During this particular era of showing an outright visual story through a single picture taken either as the event was happening or immediately after, an unusual expression was making rounds amongst the ravishingly skilled photographers; a phrase that came out of a famous street photographer’s mouth as a reply for an interview question: “F/8 AND BE THERE”. Since then, this simple resolve has become the mantra of Documentary Photography, clutched as scripture, garnered as a cliché.

What sense does “F8 and be there” make?

The ‘f/8 and be there’ rule refers to ensuring that the camera’s aperture is set to f/8 irrespective of the scene you are about to capture and where it takes place. The ‘be there’ term vaguely means one should be present at the scene. Photographs, wherever they are created and regardless of the subject, always need a “be there” component.

Just shoot it. It’s all about being there and nothing more

This emphasizes not to worry about the technical settings on your camera.

The most meaningful thing for a Shutterbug is to be out and about, partaking in the material world, glimpsing things, and then just catching (photographing) it!

The expression has even evolved to make many cultured meanings as well. For instance, some photographers pronounce ‘F/8’ in the phrase as ‘fate’. They do so because they believe capturing photographs when and where they occur is a virtue of one’s fate. Other photographers find no logical misconceptions to dismiss such acknowledgment.

Irrespective of how you comprehend the substance behind “f/8 and be there,” the expression nudges us to stay in the moment. You can yet capture breathtaking shots while not worrying about the settings in your camera.

The filmy origins of the utterance in F8 photography

The saying is often accredited to the renowned street photographer Arthur Fellig, also called Weegee. The expression was conventionally passed down from film photography and is yet in use today.

Weegee said it as a piece of advice for aspiring photographers

The celebrated spot news cameraman of the mid-20th century

Weegee was known to compete against state officials, being the first to brief crime scenes and tragedies in New York. Usually reaching on location before his adversaries, Weegee made his worth and career for his celebrated crime scene photography and ability to capture life’s essence perfectly.

Instead of tampering with his settings and allowing the chance to vanish, Weegee forever carried his camera set to f/8 and was keen to engage on arrival.

Meaning of expression F8 from a technical prospect

When you’re pursuing the scene at F8, you’re presumably in the sweet spot of your lens; this is the aperture that’s by and largely renders the razor-sharp photographs. It’s an intermediate aperture, which signifies that if you’re barely out on with the focus, that wouldn’t be trouble– the depth of field will be courteous enough that your subject should still be in focus.

At f/8, you’ll be allowing enough light to enter the aperture that you can use faster shutter speeds, so you’re unlikely to blur a mobile subject.

By picking f/8, you also dodge numerous uneven exposure deviations if you engage with manual mode. If you’re carrying a more modern camera, you can tweak the camera on an aperture-priority setting – this indicates you pick your preferred aperture, and the machine will pick the suitable shutter speed. What you’re trying to achieve in photography is to enhance your “optimistic optionality” while you live.

Here are some directions for you to wander and materialize the expression for yourself.

Snoop a new vicinity and go to random places

Investing in your gear should be a crucial choice if you photograph for your meal, but if you want to know for yourselves what photography was really meant to teach, start by investing in travel. Money invested in travel transforms into experience and education, ultimately investing in yourself. Just be ready with your f/8 aperture setting and make photographic memories all the way.

Tether you and your camera together

Most photographers revealed that they don’t get to see many spots and situations to photograph something when their camera is in their bags or at their homes. That’s why it’s always insisted to wander with your wobbling cameras because you won’t know which moment will forever end up as a snap in your travel epilogue cover.

Board a public vehicle

You may discover art in what others find a mere means of mobility. Public transportation like trains, subways, buses, tramps, and the people in them can really aid you in experiencing what a ‘moment’ may feel like when you photograph it.

Conclusion of F8 and be there

Photographers frequently use the phrase “F8 and be there” to emphasize the significance of seizing the moment rather than worrying about utilising the optimum technique.

Don’t worry about being technically perfect. It’s better to capture the moment than miss the photo.